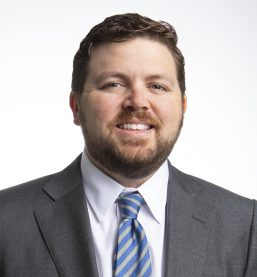 Prior to joining MH in 2022, Andrew was an associate at a regional, New Orleans-based firm. Andrew’s experience includes a mixed litigation practice representing landowners in expropriation and condemnation claims and other property matters combined with general oil and gas litigation experience. He has represented landowners in various negotiation and litigation matters involving disputes with oil and gas pipeline companies/operators for failure to pay royalties and right of ways or servitudes. His experience also includes the representation of oil and gas operators in defense of Louisiana legacy lawsuits involving historical oil and gas contamination. As part of this representation, Andrew led the drafting of a summary judgment motion on Louisiana’s subsequent purchaser doctrine that achieved dismissal of a named plaintiff despite that another division of the same court decided the same issue interpreting the same contract in favor of the plaintiffs. Andrew also authored portions of the appellate briefs on appeal of the district court’s ruling. The Louisiana First Circuit Court of Appeal affirmed the judgment, and the Louisiana Supreme Court denied the plaintiffs’ application for writ of certiorari.

Andrew received his Bachelor of Science in Finance in 2013 from LSU’s E.J. Ourso College of Business. After graduating from LSU, Andrew obtained a Louisiana Property & Casualty Producer License, which provides clients a unique perspective on insurance-related insight. He then received his J.D. from Tulane University Law School in 2016 where he graduated cum laude. During his time at Tulane, he externed for the Honorable John L. Weimer—now Chief Justice—at the Louisiana Supreme Court, was awarded a certificate for successful completion of Tulane’s Admiralty & Maritime Law Program, and he received recognition for his pro bono service due to his trip to Panama as part of Tulane Law School’s Global Brigades program.

Outside of his legal practice, Andrew serves on the development and advocacy committees of the Pontchartrain Conservancy and served as class chair of his five-year reunion from Tulane Law. As a native Louisianian, Andrew enjoys fishing, hunting, golfing, and generally spending time outdoors with his wife, daughter, and golden retriever. He also enjoys experiencing Houston’s diverse and delicious dining establishments.