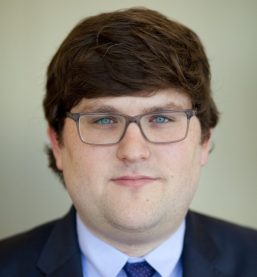 Andrew Kasner joined McDowell Hetherington’s Houston office after graduating from Emory University School of Law in May 2011. Since joining the firm, Andrew has helped clients navigate all aspects of the litigation process—starting with disputes in pre-litigation and continuing through pre-trial discovery, trial, appeal, and settlement.

At the appellate level, Andrew has successfully briefed a variety of issues before the United States Court of Appeals for the Fifth and Tenth Circuits–obtaining orders affirming summary judgments awarded to McDowell Hetherington’s clients in 2013 and 2016. And in 2018, Andrew successfully briefed and argued an appellate matter in California state court—obtaining an order affirming the trial court’s dismissal of a McDowell Hetherington client from a lawsuit filed in San Diego County. Andrew also has assisted with briefing matters to state appellate courts in New York.

In addition to his growing commercial practice, Andrew enjoys volunteering his services. Among his proudest accomplishments—obtaining termination of a minor child’s deportation proceedings while also obtaining permanent residence status for the child on a pro bono basis. Prior to joining McDowell Hetherington, Andrew interned for both the U.S. Attorney’s Office for the Southern District of Texas and the Internal Revenue Service in Atlanta, Georgia.

Andrew is a music enthusiast, avid sports fan, and proud alumnus of The University of Texas at Austin. When not attending Houston Rockets games, he enjoys travelling to new locales with his wife and spending time with his dog—Otter.