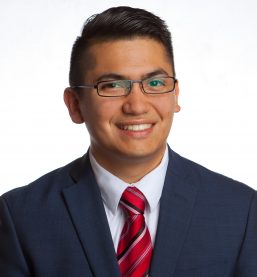 David Villarreal is an associate at the firm’s Houston office whose diverse practice grows every day, ranging from all types of insurance disputes, to construction litigation, and even to state and federal employment discrimination claims.

David has drafted numerous briefs in both state and federal trial courts including dispositive motions for summary judgment, an opposition to class certification, and even an opposition to an extension of expert deadlines, which led to the opposing party raising the proverbial white flag. David is also an active appellate lawyer, defending orders on a client’s behalf on appeal, and even obtaining an appellate victory reversing a trial court order against a client.

David’s law school experience translated into his work as a practicing lawyer. As the Editor-in-Chief of the American Journal of Criminal Law, he spent tireless hours ensuring that the Journal’s publications were perfect, as he does with his client’s briefs. Likewise, his post-law school stint as a law clerk to The Honorable Judge Diana Saldaña of the United States District Court for the Southern District of Texas gave him invaluable insight into the federal judicial process. In fact, David used this insight to save a client’s near dismissal for want of prosecution (prior to MH’s appearance as counsel) into a default judgment in the client’s favor.

Having received both his undergraduate and law degrees from The University of Texas at Austin, David is an avid Longhorn football fan. In fact, he went so far as to name his dog Austin, narrowly beating out Bevo. Now in Houston, David gives back to the development of future lawyers by serving as a judge in local mock trial and moot court competitions. On his time off, David enjoys traveling with his wife to historic cities and sites rich with culture.