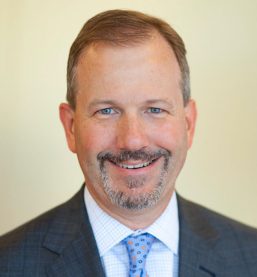 David McDowell serves the litigation and trial needs of clients and has handled matters as lead counsel in almost every state in the country. David’s focus is on commercial, financial services, and energy litigation. He has extensive experience in class action litigation, RICO, antitrust cases, appellate work, and arbitrations. Since co-founding the firm in 2009, David has tried cases in Texas, California, Florida, and Minnesota and argued cases before the Second, Fifth, Eighth, Ninth, Tenth, and Eleventh Circuit Courts of Appeal, as well as state courts of appeal in Massachusetts, Missouri, Texas, and New York.

David also represents clients in regulatory and lobbying efforts in numerous states. Over the past several years, David has appeared before state legislative committees, met with state governors, and worked with legislative staffers in several states, including California, Delaware, Florida, Minnesota, and South Dakota. He has also testified on behalf of clients before various state legislative panels and committees. Twenty-five years of practice has taught David some lessons about client service. Because the case belongs to the client, not outside counsel, outside counsel should actively partner with the client to ensure the client’s success. Active partnering involves early strategic discussions, candid conversations, creative solutions, and a continual assessment of risk and strategy. The collective wisdom that results from active partnering leads to better results.

Outside his legal practice, David serves on the Board of Directors of Harbor Christian Academy and is an elder of his church. He previously served as Board Chair of Providence Classical School. David enjoys attending football games with his sons and traveling with his boys to baseball parks across the country.