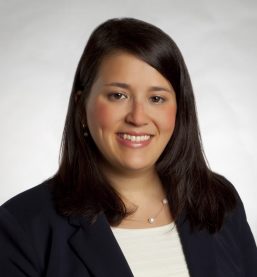 Diane Wizig is a partner in the firm’s Houston office. Diane’s practice focuses on complex litigation, representing energy and financial services clients in a variety of commercial and consumer disputes. Diane has significant experience leading all facets of case strategy, discovery, and general pre-trial efforts in class actions and bet-the-company litigation. She has a proven track record of winning dispositive motions in both state and federal courts nationwide, allowing her clients to escape the unnecessary costs of protracted litigation and the uncertainty of trial.

Diane also serves as the firm’s Pro Bono Partner. In this role she leads McDowell Hetherington’s pro bono efforts—which have ranged from staffing Houston Volunteer Lawyers’ Legal Advice Clinic, to establishing McDowell Hetherington’s eviction defense docket during the COVID-19 pandemic, to leading the firm’s involvement in the groundbreaking Law Firm Antiracism Alliance (LFAA) since it was founded in 2020. Diane is proudly serving as one of the founding co-chairs to LFAA’s Education Working Group, building coalitions among diverse stakeholders committed to anti-racism efforts in education.

Prior to joining McDowell Hetherington, Diane first practiced for three years as an environmental litigator at Alston & Bird in Atlanta, Georgia. Diane then served as a law clerk to the Honorable Yvonne Gonzalez Rogers on the United States District Court for the Northern District of California.

While in law school Diane served as the marketing editor of the Emory Law Journal, president of the Health Law Society, president of Emory OUTLaw, and a member of the Turner Environmental Law Clinic. Diane received the Georgia Association of Women Lawyers Award, given annually to the 3L with “high academic achievement, integrity, service, and commitment to the law.” Diane also received a Master’s in Public Health from Emory’s Rollins School of Public Health and has given presentations on the benefits of having both a JD and MPH in the practice of law.

Outside of the office, Diane enjoys cheering on the Golden State Warriors and traveling with her wife.