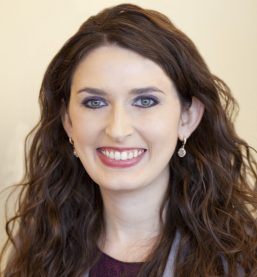 Erin Bennett Taylor is a partner in the firm’s Houston office who practices commercial and insurance litigation, with an emphasis on financial services litigation. Erin has significant experience assisting life insurance clients on any number of high-stakes issues. She has wide-ranging experience with class and mass actions involving complex actuarial disputes relating to cost of insurance provisions in life insurance policies. She has also handled litigation involving RICO and antitrust disputes, unfair insurance practices, bad faith claims handling, stranger-originated life insurance, and financial misrepresentation claims at all stages of a case’s development – from initial briefing and discovery through favorable resolution.

Erin is also one of the firm’s “go-to” lawyers when a case needs to be successfully prepared for trial or appeal. Her expertise includes managing all aspects of the pre-trial phase, including briefing pre-trial and post-trial motions and preparing witnesses to testify at trial. She has also drafted appellate briefs filed in the U.S. Court of Appeals for the Eighth and Ninth Circuits, which secured trial court victories in the client’s favor.

Outside of the office, Erin enjoys cheering for the Baylor Bears, discovering Houston’s best restaurants, and attending events in Houston’s art and theater scene.

Assisted with obtaining summary judgment in life insurance client’s favor in Texas state court in a wrongful garnishment and conversion case relating to an annuity contract; the First Court of Appeals vacated the order and dismissed the case on the same grounds raised in the trial court. An appeal is pending.

Assisted with favorable resolution of multiple litigations relating to complex class action actuarial dispute in the Southern District of New York and the District of Connecticut.

Assisted at the trial and appellate levels with case involving the fraudulent procurement of a life insurance policy in the District of Minnesota and the Eighth Circuit.