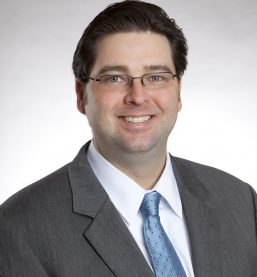 Jarrett E. Ganer is a partner at McDowell Hetherington LLP and has been with the firm since its inception. Jarrett’s commercial litigation practice focuses on serving clients in the insurance and financial services industries. Over the past decade, Jarrett has actively and successfully represented clients in some of the most complex and novel litigation facing the insurance industry, including several high-profile RICO and antitrust cases.

Jarrett is recognized as one of the nation’s leading trial lawyers on the issue of life settlements and stranger-originated life insurance (STOLI), with extensive experience litigating matters related to secondary market transactions involving life and annuity products. Jarrett also has significant experience advising and representing clients with respect to cost of insurance rate adjustments and market conduct and regulatory issues. The strength in Jarrett’s practice though lies in his ability to bring the same high-quality advocacy and attentive client representation to straightforward coverage disputes as he does to multifaceted, multi-billion dollar class actions.

Beyond insurance, Jarrett provides first-party representation to clients in the energy, construction, and real estate industries. Jarrett seeks to smartly, effectively and efficiently build long term relationships with his clients and puts their needs first. Jarrett’s practice is truly nationwide, having acted as lead counsel on matters in at least 25 states, in both state and federal courts.

Outside of practicing law, Jarrett spends his time with his wife, Loyola, his young daughters, Laura and Emilie, and his German Shepherd Dog, Spock.