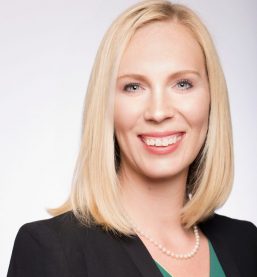 Jodi K. Swick is the founding partner of McDowell Hetherington’s California office. During her career, Jodi has been recognized as a stand-out attorney. She was named by San Francisco Business Times as one of its “40 Under 40.” This award identifies the forty most influential young leaders across a spectrum of Bay Area businesses — all under forty and all high achievers for their companies, industries, and the community.

Jodi is known by her clients for her ability to take on tough cases and favorably resolve them. She has been victorious on dispositive motions and at trial as well as negotiated settlements on what clients viewed as “impossible to resolve” cases. Jodi recently obtained a complete defense verdict for her client after a nine-week jury trial that sought contractual, punitive, and treble damages.

Jodi ‘s practice also specializes in class action and complex business matters that have been pursued under a wide variety of consumer protection laws. She has represented insurers, financial institutions, pharmaceutical companies, manufacturing companies, start-ups and other businesses against claims of unfair competition law in U.S. courts and international forums. These matters include alleged violations under Section 17200 of the California Business and Professions Code as well as alleged false advertising claims and violations of the California Insurance Code, California Homeowners Bill of Rights (CHOB), Fair Credit Reporting Act (FCRA), and Telephone Consumer Protection Act (TCPA).