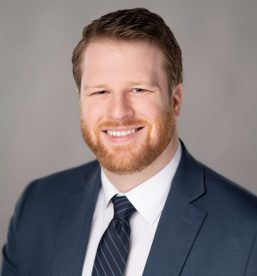 A Fort Worth native, Kade Rhodes is an associate in the firm’s Dallas/Fort Worth office whose practice specializes in complex commercial and insurance litigation. Since joining the firm, Kade has represented numerous financial services companies in state and federal court involving coverage disputes, bad faith insurance claims, breach of contract, and class actions. Kade also has experience representing manufacturers and employers in state and federal court involving premises and product liability litigation.

Before joining the firm, Kade clerked for the Honorable Juan F. Alanis of the United States District Court for the Southern District of Texas, one of the busiest federal courts in the nation.

Kade earned his J.D. from the University of Houston Law Center, where he served as a student attorney in the Law Center’s Immigration Clinic, second-chairing an asylum trial, and the Entrepreneurship and Community Development Clinic, resolving small business client needs. Kade also served as the Head Senior Articles & Publications Editor for the Houston Business & Tax Law Journal and interned with the United States Department of Housing and Urban Development, the Texas Office of the Attorney General, and two state judges. Prior to law school, Kade earned his B.S. from Texas A&M University and participated in the Disney College Program.

Outside of the office, Kade enjoys supporting Aggie football, working on his family’s Oklahoma farm, and spending time with his wife and two dogs.