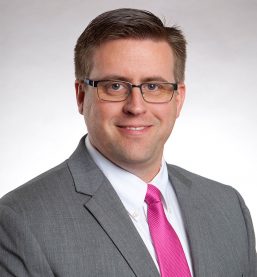 Kendall works closely with his clients to ensure that their cases are being pursued in the most efficient, effective, and economical manner possible. He knows how critical it is to constantly re-evaluate case strategies and re-assess risks and leverage, so that his clients always know their options and can capably direct efforts towards the most productive outcome. Kendall also loves writing, an essential skill for a litigator, and thoroughly enjoys both the intellectual and practical aspects of the practice of law.

Regularly litigating in numerous state and federal trial and appellate courts nationwide, Kendall also practices before the United States Patent and Trademark Office to service his clients’ patent prosecution needs. Kendall is an alumnus of Columbia Law School and has worked at large national firms in New York and Houston, with significant trial experience including helping author J.K. Rowling win a copyright infringement verdict in a highly publicized bench trial. He also clerked for the U.S. Army JAG Corps and in the National Hockey League’s legal department.

Fluent in both Spanish and Portuguese, Kendall served a two-year mission in Portugal, volunteered for two summers in Mozambique, and organized numerous fundraising events for spina bifida and other causes. He is an Eagle Scout, has completed marathons and sprint triathlons, and climbed Mount Kilimanjaro. He loves traveling, dining, playing, and relaxing with his wife and three children.

“The Evolution of the International Law of Alienability: The 1997 Land Law of Mozambique as a Case Study,” Columbia Journal of Transnational Law, Vol. 43, No. 3 (2005).