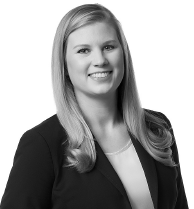 Renee T. Wilkerson is a litigator in the firm’s Houston office, with a focus on complex commercial litigation.

Prior to joining McDowell Hetherington, Renee spent her legal career as a litigation attorney in the Houston office of a top-tier international law firm.  She focused her litigation practice on technical-based matters, including representation of clients in commercial, environmental, mass tort, patent, product liability, and trade secret disputes.  She has represented clients in matters spanning a wide range of market sectors and complex technologies/issues including banking and securities, pharmaceuticals, software, construction, telecommunications, and energy.  As a seasoned trial attorney, Renee brings to McDowell Hetherington a depth of experience handling cases before state, federal and arbitration courts.