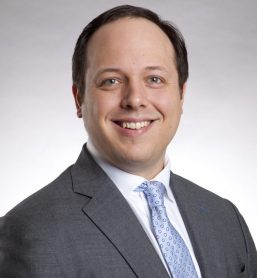 Will Thomas is a litigator in the firm’s Houston office. Will’s practice includes a wide array of complex cases throughout the country involving energy, construction, commercial contracts, insurance, consumer protection statutes, personal injury, and white-collar matters. Will has been deeply involved in counseling clients at every stage of litigation, including developing cost-effective litigations strategies, reducing discovery burdens, negotiating favorable settlements, and representing clients at trial and through appeal. Will has been recognized as a Texas Super Lawyer Rising Star for the past five years.

Before joining McDowell Hetherington, Will was ranked number one in his undergraduate class and graduated Magna Cum Laude from Baylor Law School. He gained valuable insight into the judicial process as a law clerk for the United States District Court in the Western District of Texas. Will was also an officer in the Texas Army National Guard, and in 2008, he deployed to Iraq as a bodyguard and manager of the Army’s Baghdad hotel for visiting dignitaries. During the year-long deployment, the hotel—a re-purposed palace from the previous regime—lodged over 2,000 visitors, including Vice President Joseph Biden, Secretary of Defense Robert Gates, and Stephen Colbert.

Outside the office, Will is a die-hard TCU sports fan, a wine enthusiast, and avid consumer of a wide variety of podcasts. Will has visited 41 U.S. states (and counting), arriving at two states by way of parachute.